What happened to freedom of speech?

This is the place where all heated debates shall reside. Non-tech topics allowed. Personal attacks will not be tolerated. "Enter at your own Risk".

What happened to freedom of speech?

So many liberal Democrats favor their party based on the freedoms they espouse and the fervor to which they protect these freedoms. Well, things seem to be changing...or at least for those that do not align themselves with said party.

An Arizona congressman says liberals on the "Franking Commission" have deliberately tried to censor mail that conservative Republican House members are attempting to send out to their constituents.

Democrats on the bipartisan Commission on Congressional Mailing Standards have been blocking Republicans from sending out franked mailings to constituents that refer to the cap-and-trade bill as "cap and tax," the stimulus bill as the "so-called stimulus," and the healthcare reform bill as "socialized medicine."

Representative Trent Franks (R-Arizona) says the Franking Commission even told him to stop using the phrase "Democratic majority" in his newsletters, and to use "majority" instead.

"For instance, I can say 'the Speaker,' but I can't say 'Speaker Pelosi' because that's too inflammatory. Well, you know, I understand their problem -- they don't want people to really identify the Democratic Party with Nancy Pelosi," he notes. "But the point is, we are forced to change our vernacular and how we say things in order to comport with their attitudes and their way of believing [how] we should say it."


Another Republican member of the House, John Carter of Texas, told Human Events last month the Franking Commission informed him he could not say: "House Democrats unveiled a government-run healthcare plan" -- but instead must use: "The House majority unveiled a public option healthcare plan." That, stated Carter, is "Pelosi-speak."

According to Franks, an honest and open debate would put Democrats' agenda "in dire straits."

"Ironically, we found franked mail sent from Nancy Pelosi that has exactly the same phrases in it, only from the Democrat side when she was in the minority -- exactly the same that she never was censored for," he adds. "But now that they're in the majority, they're censoring the Republican mail."

Franks says for the first time in decades, Republicans have not been able to offer amendments to some of the most critical bills being considered. He points out that Democrats are even trying to create a rule on appropriations bills that would prevent Republicans from offering their amendments.

Censorship? Where have I heard that protested from before? Oh yeah, liberals and Democrats. This is a critical rallying cry for liberals/Democrats and yet, here it is, in black and white that the leaders of their own party favor the process to an abundant degree. I cannot wait until Republicans get back into power, I would love them to censor everything that comes out of Pelosi's thoughts/writings/words/etc..

In an unspoken way, it is totally horrid for Republicans to do it but extremely good for Democrats to enact censorship. That pretty much sums everything up as far as what is truly in the Democrats hearts.

I ask, what is next? What will be banned next, that might come out of someone's mouth? Will we have to call her Your Royal Highness next? Or maybe Mrs. Hitler? Or maybe Mrs. Pelosi will just take the place of Mrs. Hitler.

What hypocrites.
"A mouth does not have to be open for words to be said or be spoken."

In the US, our version of George Orwell's Newspeak grows smaller and smaller everyday. The ever growing, abundantly powerful PC crowd grows consistently by leaps and bounds. Pretty soon you will have to get Pelosi's permission as to how you can talk on your cellphone!
"A mouth does not have to be open for words to be said or be spoken."

What happened to freedom of speech?????

Thats been gone a long time now. I don't remember when we had that as it was before my time. It all started around the time Lincoln was elected president and then carried well by the Kennedy clan as they came into power.
Top

What happened to Freedom of Speach is what is going to happen to the rest of the Bill of Rights thanks to Obama. 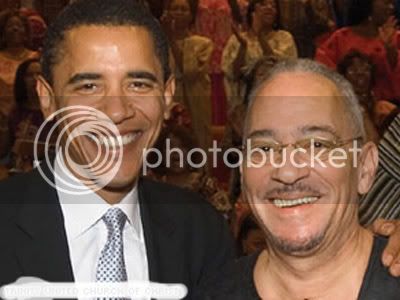 Keep in mind folks that he only has another couple of years before he has to answer to the American public again. So long as the Republicans don't foul up this next election, we should be rid of the guy... with any luck Pelosi will be unseated as well...
Top

This is not the USA I grew up in anymore...


"Freedom of Religion", unless you are Judeo-Christian...

I'll agree totally with that one. This may be the Hundred Year War, but I'm not getting into that one. Let's just say I'm tired of being abused for my beliefs, while everybody else can say or do whatever they like.
Faster than the speed of snot

"What happened to the freedom of speech" very good question. It all depends on who's mouth it comes out of. In any case we lost that right a long time ago along with a few others.

Obama is hell bent on taking away as many as he can, and he isn't even a United States citizen.
Top

I like to point out to extremely vocal "freedom of speech" people that there is another right there...........the freedom to shut up. Freedom of speech is wonderful, yes, but way too misused. Remember, the constitution was written to prevent government control over what you said, keeping your from punishment or prison for saying something that made the government mad. It's not a catch-all to allow you to say or do anything you want, at the expense of everybody else'd right to the same free speech.

Unfortunately, that's the way it is now. If you dare oppose a viewpoint, or even use another right or two (such as the freedom of religion thing) you're publically, sometimes violently, abused, ridiculed, treated like a piece of dirt because you dare disagree. I doubt it'll get any better, especially in the US, but I'm sure it'll get worse.
Faster than the speed of snot

The folks who want this are apparently unable to change to another channel, so need a Nanny State to assure no unplesant disagreement gets out:

Return to “The Hundred Year War”