The place to post if you are having trouble identifying your motherboard.

Well, well.. I am actually norwegian, but I really don't think contacting them will do anything (the company has been sold several times and .. well, it's a bit of a mess. I did contact someone who worked at their warehouse for a while, and "manuals? no, never kept anything" was the gist of that conversation

Anyway, I have progress

This is a header I didn't actually notice before. I don't really know WHY I didn't see it, but hey, it's there. I thought the "TB SW" was the blank headers. That was a stupid assumption.

So, after firing up DOS with a live benchmark-software... I could try hot-swapping a jumper around 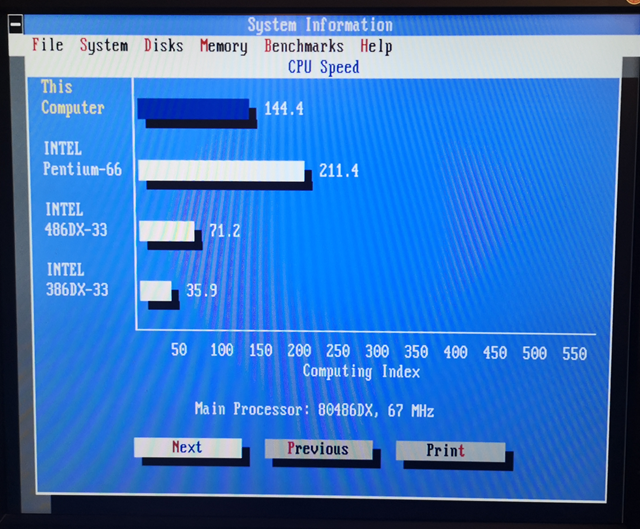 I now have a working AMD 486 DX2 66 MHz .. The CPU does get quite toasty, and the voltage regulator on the mainboard gets insanely hot, so I'll look into replacing that, and a proper heatsink on the CPU before actually trying to run stuff on it

Also, for future reference, the motherboard maxes out at 64 MB ram. If you insert anything more, you will get 864k of available ram

Note: I edited your post so all the pictures are showing.

TB SW as in TurBo SWitch. Who would have thought... Glad you found that one out.

Oh, I see, so this is abandonware... Too bad... Maybe one day we'll find out what CMC is short for and can track down some Taiwanese website archive... Oh and you have helped hugely anyway by having a working jumper config for the AMD DX2 66.